Stem Cells for Shoulders & Back

Stem Cells for Low Back Pain

This patient had stem cells for long-standing neck pain. She reports a 70% improvement after 4 months

This 64 year old lady had stem cell therapy for the right hip about 6 months prior to this video. She reports a 70% improvement and has been able to return to playing tennis.
This 65 year old lady had stem cells for her hip arthritis. She reports a significant improvement 3 days after the therapy.
Armentia had a 6 month follow-up and now has a 10 month follow-up showing continued improvement.
Tennis athlete talks about Dr. Walter’s unique skill that keeps her coming back for regenerative therapy

This 89 year old lady had stem cell therapy for COPD one month prior to this video. She reports a 50% improvement in her breathing after a single treatment.
This gentleman had stem cell therapy for long-standing thumb pain/arthritis. Two weeks after his therapy he reports an 80% improvement. He is delighted with the results.
Elizabeth C., Sarasota
After seeing my Orthopedic surgeon, he diagnosed moderate to severe “bone-on-bone” knee arthritis in both knees and recommended that I have bilateral knee replacement. I decided to look into and research Stem Cell Therapy, which I had been interested in for sometime.

One week later I was having my stem cell procedure and felt I was in the hands of wonderful professionals. Within a week of my treatment my severe “bone-on-bone” knee pain dropped 75%! It is common knowledge not all things work for all people, but it has definitely worked for me and furthermore, by following Dr. Walter’s after-procedure instructions, I have continued to improve.

When I saw Dr. Walter he not only did my knees but also treated my neck, lower back and right shoulder. I am pleased to say all the areas have showed marked improvement. I had been receiving steroid shots in my shoulder which I no longer need. Thank you Dr. Walter and staff for a job well done. I am well on my way to a rejuvenated life! My quality of life is restored and I am grateful for this wonderful life. 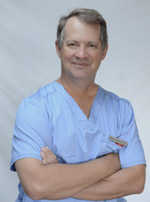 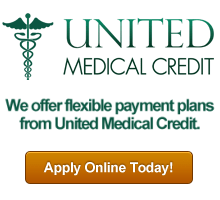